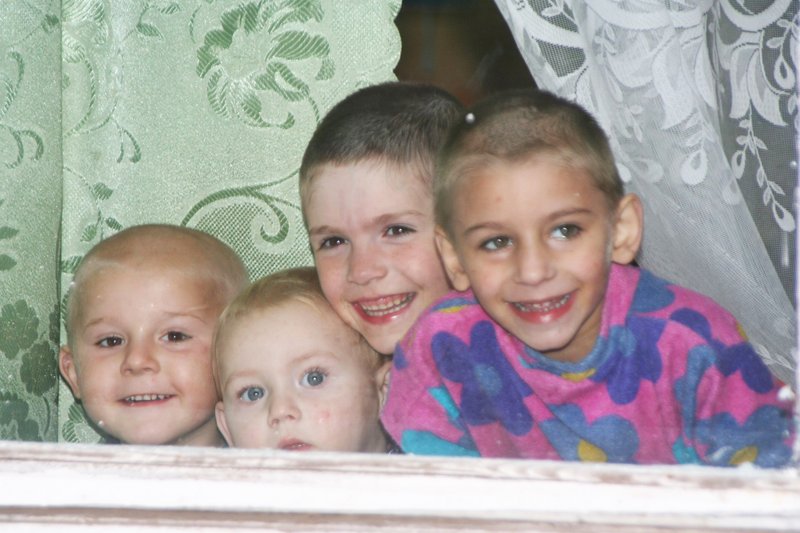 Clammy, piercing cold chilled us to the bone, even as we drove in the car. Our destination on this frigid, humid day in January was an orphanage in the town of Lopatyn in Western Ukraine. Our precious cargo – Christmas presents from people in Canada.

The moment the engine stopped in the yard of the orphanage, we found ourselves being the focal point of dozens of curious eyes.

They were watching us from each window of the three-storey building and seemed to be x-raying our souls to see if we looked approachable and friendly and of course if we brought anything for them.

This orphanage is ‘home’ to about 130 children without parents. Many have serious health issues and others suffer from mental disorders.

Today’s delivery is just a small part of almost 1,200 children who have received Gift Boxes of Hope in the past couple of weeks. These include many orphans, kids from gypsy villages and children living in the war zones in Eastern Ukraine.
This day, orphans aged from 3 to 18, were patiently gathered in a concert hall waiting for us to come and share not only God’s love for them, but also a physical token of that love in the form of Christmas presents.

A group of older children even prepared a welcoming program with Christmas songs and poems as an expression of their gratitude. They sang loudly and sincerely, as if dragging out thankfulness from the bottom of their hearts for each and every small thing they were about to get.

“Wow!!”.. exclaimed a 5 year old boy as he unpacked his box. His eyes were huge and sparkling, his mouth opened with amazement.

The first thing he discovered was a packet of rubber bands. He took it hastily and waved it in front of our cameraman who was filming that day:
“What is this thing?!” the boy asked -but without waiting for an answer he pressed this unknown object against his chest, smiling and spinning on the floor, as if embracing the most precious thing in the whole world. 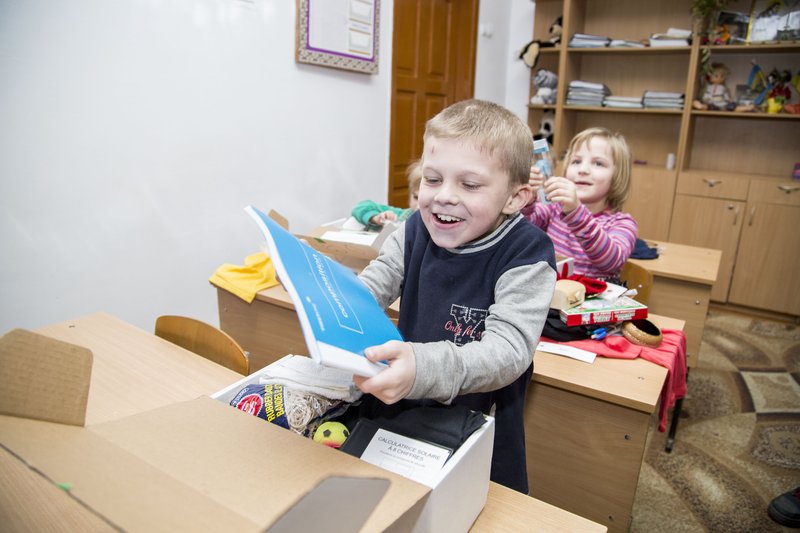 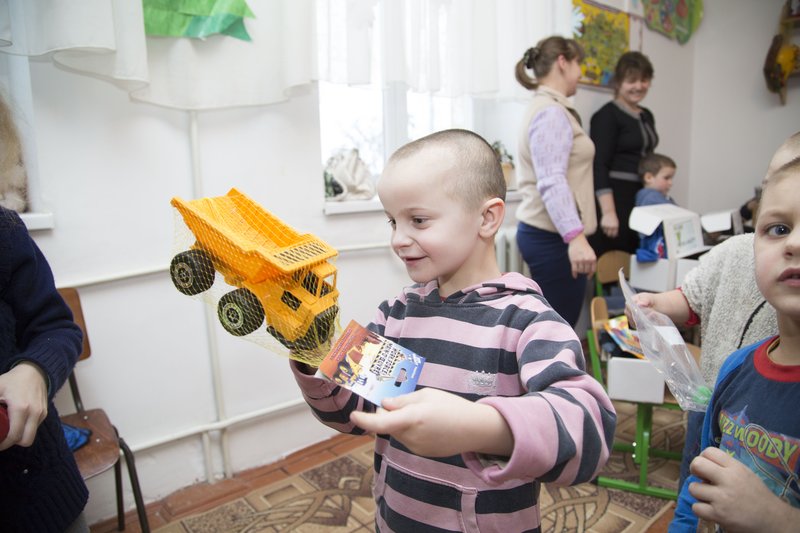 A young boy approached a teacher in his classroom, showing off a winter hat he found in his box: “I will have my own hat now! See? My own! I won’t need to steal one from Sergey any more! Wow…”

It was impossible not to be taken aback by both the eagerness and excitement the kids showed while opening their presents. What made them behave as if they were opening a treasure chest, even if they simply found a nice pen or a small toy car?

Was this a rational happy response that comes with receiving something you really needed or wished for? After all, was this day all about getting the things they needed?

Or… was it about getting something as an act of love and care, something to be called “mine.” 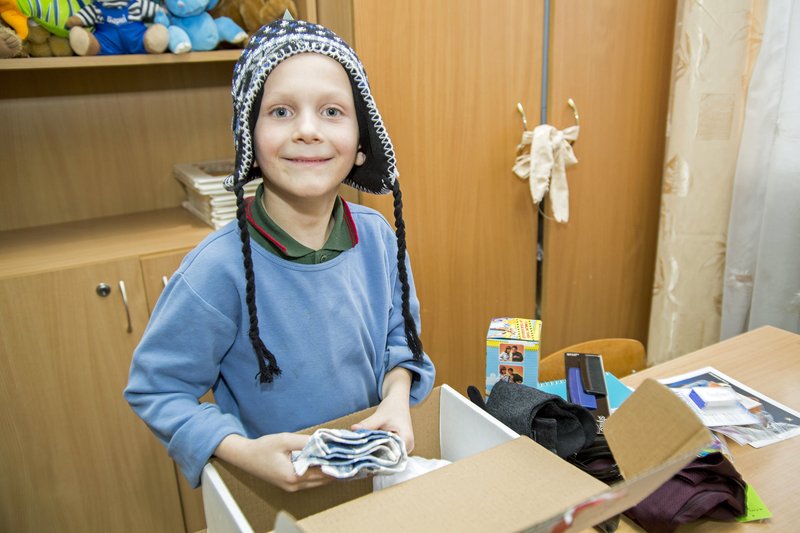 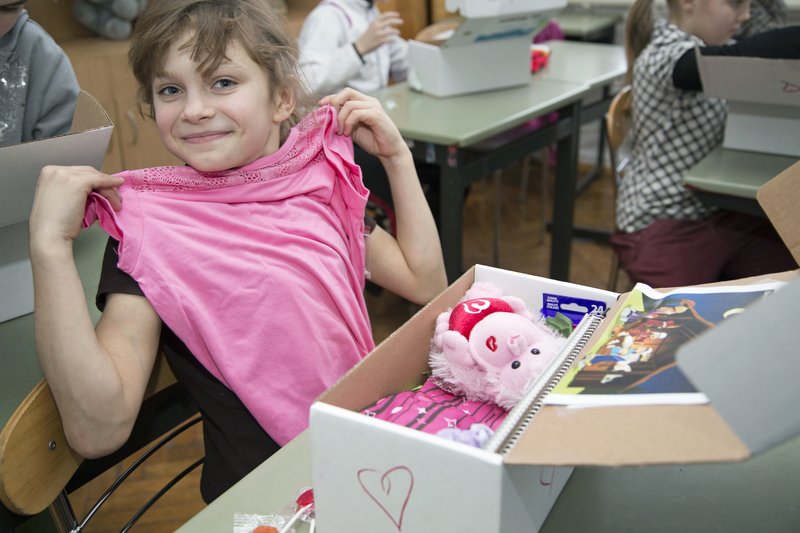 My box, my pen, my hat, my glasses. Every child desires possessions that belongs only to them, and thus makes them feel special.
However, this is not the world these orphans live in – they only have common things. ‘Ours.’

From this perspective you can understand how a puzzled little boy, waving rubber bands in front of the camera was the happiest kid on Earth, because although he didn’t know what to do with them – they were his.

He, like all orphans had been used to losses in his life… and right now he has just gained something.

The hunger to receive something that would be theirs is powerful. A natural need of an empty vessel to be filled.

To a great extent, it doesn’t really matter whether they receive an expensive pair of new shoes or a simple set of crayons.

Yes, they are poor and in need. But in reality, a child getting some trinket to call “mine” from a generous stranger somewhere across the ocean, is already a heart-changing miracle for him. 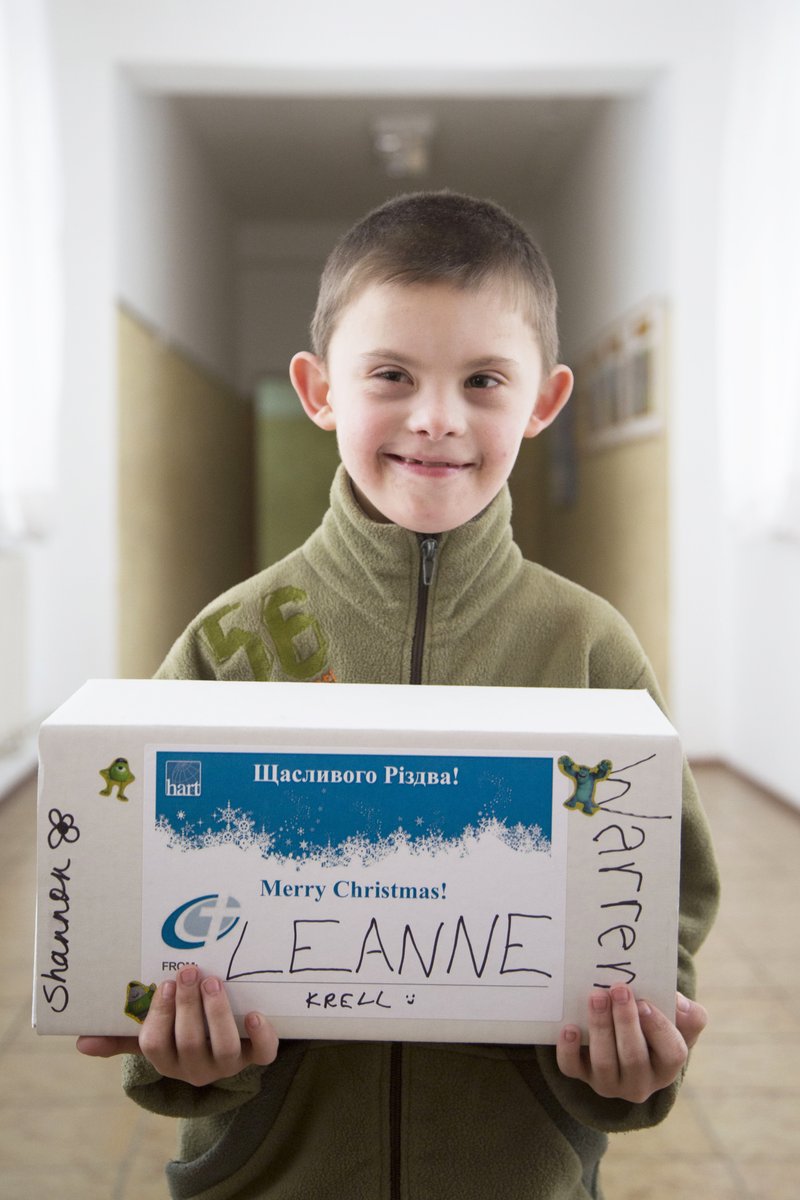 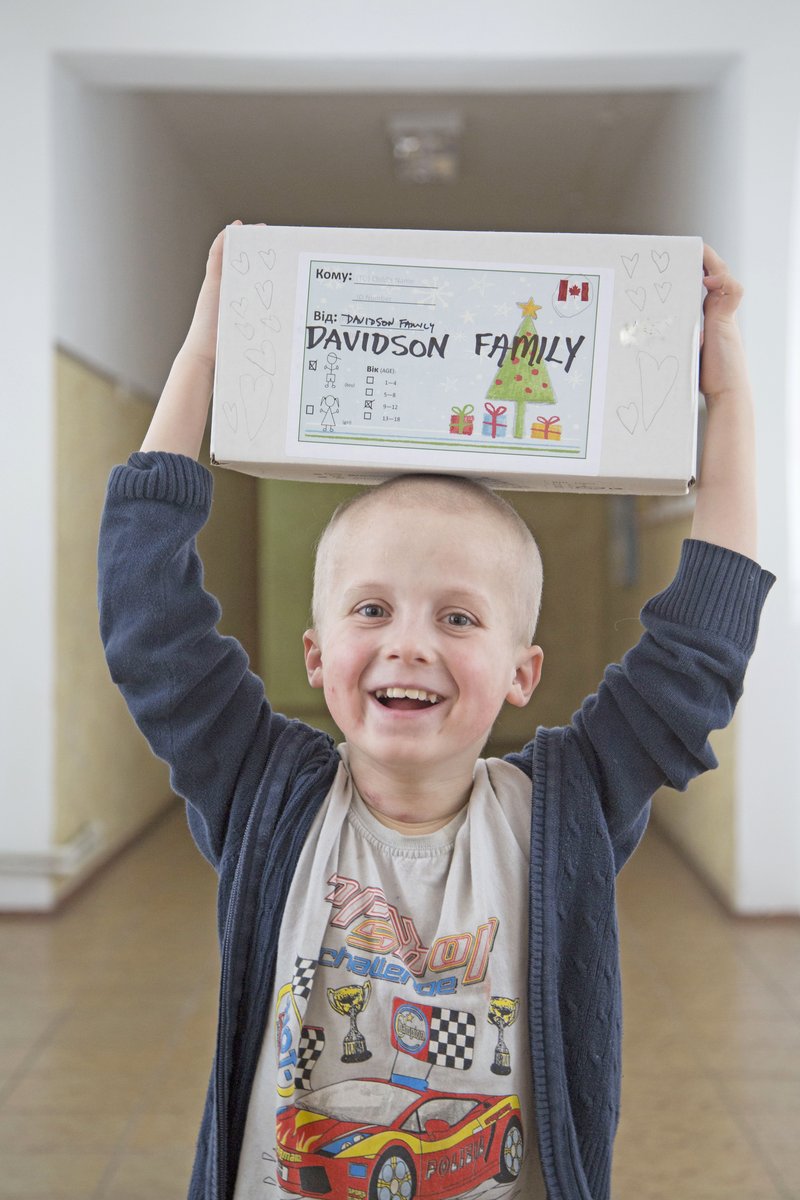 The bottom line of these Gift Boxes isn’t to address all the material or physical needs of orphans or other underprivileged children in Eastern Europe.
In partnership with local churches who orchestrate these Boxes of Hope parties, our goal is to instill in these children a sense that God loves them and cares for them deeply. And – YOU – are the hands and feet that cause this message to be heard!

Thanks to all of YOU who cared enough to participate in HART’s ‘Gift Boxes of Hope’ project this past year.

We’re grateful for compassionate people like you who enabled us to put a lot of love and a measure of HOPE into the hands and hearts of needy children in Ukraine.

If you were involved in this project, please go to HART’s website to see the child that received YOUR Gift-box!