POVERTY AND DESPAIR FORCED OLYA TO JOIN THE ARMY 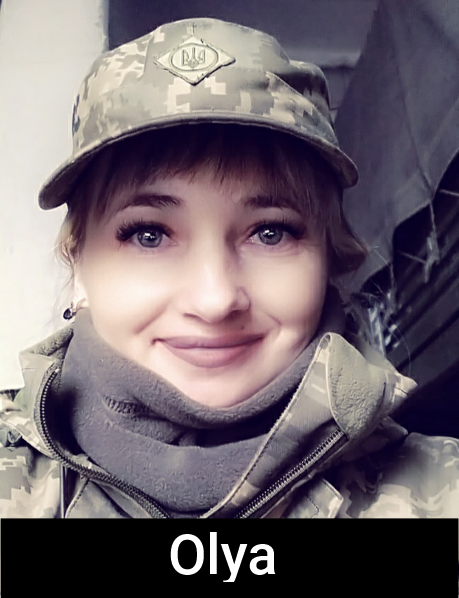 At the end of an exhausting cold winter day, Olya has returned to her tent. She lights a small oil heater which radiates precious little heat, but it felt so good to get out of the biting cold wind and away from potential sniper fire of Russian troops 400 meters away.

She spent some time sipping hot tea and reflecting on the events of the day – then pulled several blankets over herself and settled in for a typical restless night’s sleep.

Her mind wandered, and for a few joyful moments, she was at home with her daughters Maria and Ilona, giving them a hug and kiss good night. Like on so many nights before, fatigue took over as she began praying for them, and she soon drifted off to sleep in God’s presence and protection.

On the opposite side of the country in Western Ukraine, Olya’s mother was deep in prayer herself, pleading with God for her daughter’s safety and ultimately her return home. 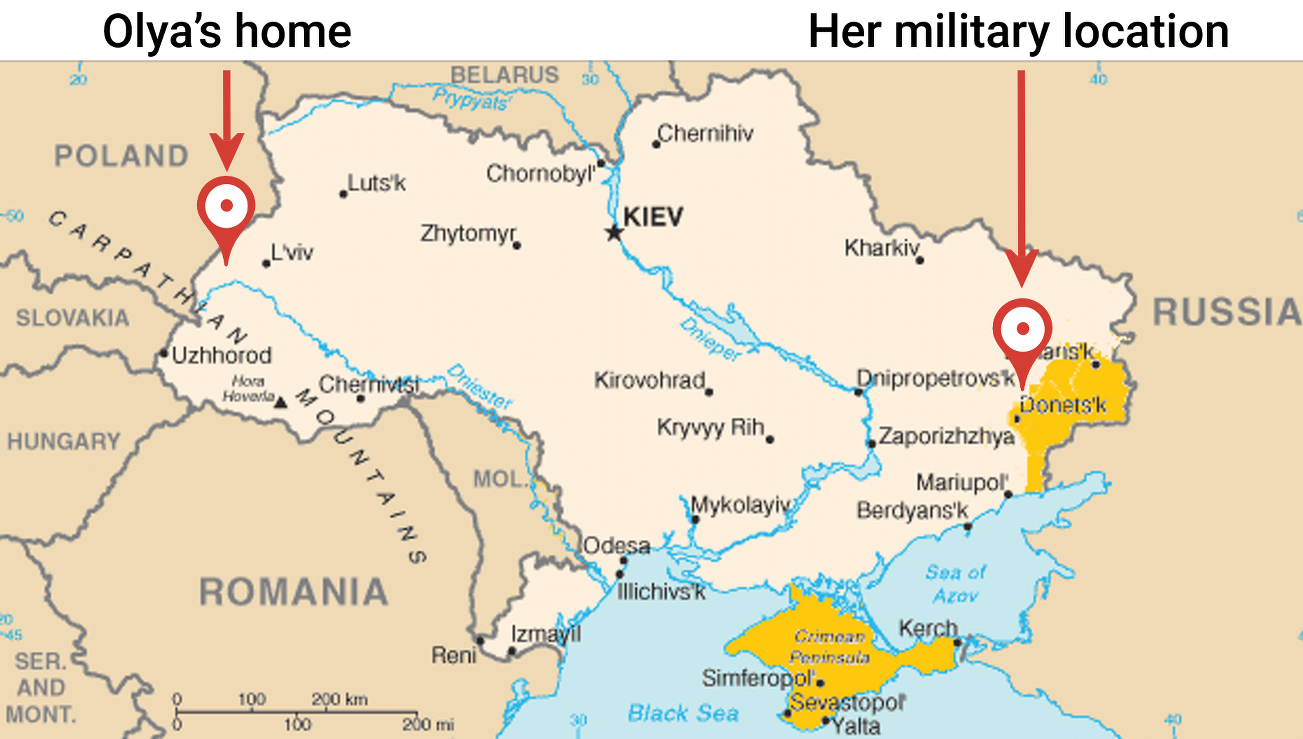 Olya’s mother is endearing grandmother who has lived a sad, heartbreaking life. Her husband died while she was still a young mother with two little children.

Her daughters grew up, but unfortunately, they didn’t marry well, and consequently, both were divorced, each with two daughters.
Tragedy struck again, with the death of her eldest daughter (Olya’s sister). The family was so poor they had to take out a loan to pay for the funeral and burial, which was the equivalent of more than a year’s salary.

Neither Olya nor her mother could find a decent job in their town to support four young children and pay off the debts from the funeral. It was a distressing time for both of them.

For Olya, it was unbearable to watch her mother cry each day and see the look of desperation in her eyes. Poverty and despair forced her to make a radical decision.

She summoned all her courage and enlisted in the military to serve in the war zone in Eastern Ukraine, where the fighting was still raging, and people were dying almost every day.

Olya was prepared to risk her life to improve the financial situation for her mother and the four girls.

LIFE ON THE FRONT LINES
Thus far, Olya has been serving on the so-called ‘second’ line as a cook for the soldiers. Although it may not sound dangerous, Olya is constantly at risk of bombs and snipers.

It is incredibly demanding to be on the move, changing locations frequently and setting up a new kitchen to cook for the soldiers each day.
Often, she and her unit live in abandoned, half-destroyed buildings or outside in military tents. In the buildings, they try to hook up electricity and cook on electric stoves, whereas they must cook on open fires when they are outside.

On days when any kind of shooting starts, Olya and the other cooks are expected to get their guns and become regular soldiers, who are there to protect themselves and their country.

When Olya left for military training, her mother was shocked and scared. She was terrified of losing her second daughter too. But equally daunting was the task of raising four young girls. 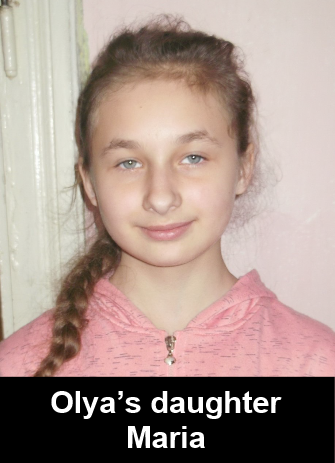 However, this dreadful situation led the grandma to a local Baptist Church (invited by a friend) where she would plead with God for help in her despair.

He answered her prayers through the church and HART’s Child Sponsorship Program. Olya’s daughter, Maria, now had a sponsor from Saskatchewan.

The church members welcomed and accepted this family with warmth and understanding. They’re even trying to help fix up their home, a dilapidated old, two-room house. It has been a slow process because literally every corner of the house needed renovations. 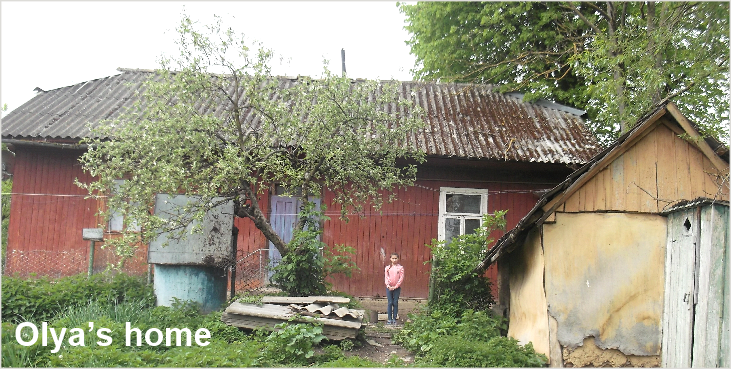 At the same time, the Child Sponsor Program has provided the family with food packages and a Christian caseworker who took a personal interest in the grandmother, and her family situation.

God’s answers to her cry for help were life-changing, as the grandmother soon became a Christian and was recently baptized. Her grand kids also started attending church and its Sunday school programs. 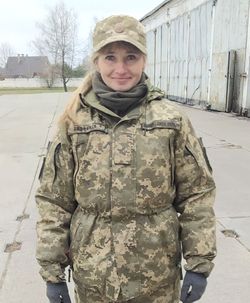 EPILOGUE: Olya has one more year of military service left. After completing additional training, it’s now expected that she will be sent to the front lines to serve. Is Olya scared? Yes, she admits this. But after accepting Christ, she’s learned to put her trust in God completely. This has given her courage and helped her overcome the difficulties of military service.

And today, with Russia at Ukraine’s gates, this war could escalate at any time, placing Olya, along with thousands of other Ukrainian troops, in great danger.

Please pray for peace in this region of the world, and please pray for God’s protection on Olya’s life and that He will bring her home to her mother and daughters soon!

PLEASE CONSIDER SPONSORING A CHILD THROUGH HART
…and begin a transformation story for a child and his/her family!