Some doors may not be in God’s will for you to enter, so He may choose to close them for your protection. God’s guiding hand was never more evident than in the case of Vitaly, a young addict with a criminal past.

YOU WILL BECOME WHO YOU WALK WITH

Vitaly was born in central Ukraine and was raised by his grandmother. Without parental guidance, his friends had a disproportionate influence on his life and character – and not for the better.

By the time Vitaly was fourteen, he already had a criminal record and was on the run from the police for more than three years. When his past finally caught up with him, the courts sentenced Vitaly to eight years in prison. Bad behavior added an additional four years to his incarceration.

When he was eventually released from prison, he started life over in the city of Rivne, in Western Ukraine. But it was clear that prison hadn’t done much to reform this young man. “My life hadn’t changed, and I continued doing business in the criminal underworld. This is also when I began using drugs,” says Vitaly. 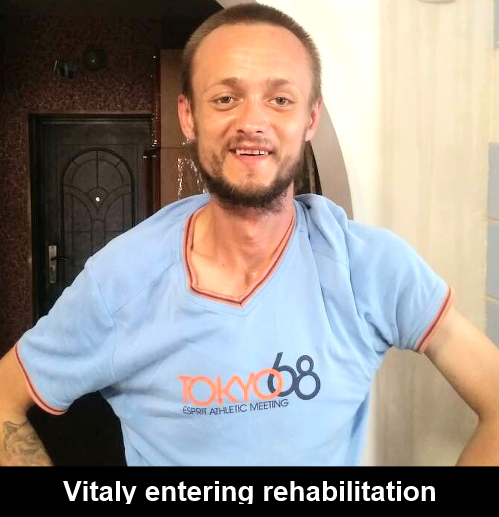 After six months of drug use, early one evening Vitaly was looking for a pharmacy to score some drugs. He entered a building and came across two doors. He opened the door he thought was the pharmacy. However, the ‘wrong door’ opened into a small building used as a church, and suddenly found himself in the middle of a service at a local Baptist Church.

That fateful decision would begin his transformation from a life of addiction and crime to one of redemption and peace. It was here he encountered the grace of Christ through Christians from Transformation Church.

“I was so wasted, felt awful, and looked miserable, but friendly people greeted me and I decided to listen to the sermon,” he says. “I wanted to leave in the middle of the service but somehow felt it would be disrespectful, so I stayed.

After the service, the ministers came to me and wanted to hear my life story. So I was honest and told them all about me, including about my addictions.”

He was impressed because his new friends didn’t judge him. Instead, they took a genuine interest in him and “told me about God and His power to change my life,” says Vitaly. They encouraged him to enter a rehabilitation center for drug addicts run by their ‘Transformation’ Church.

“When I arrived there, I wasn’t feeling well at all; I had a high fever and was suffering from whooping cough. After an hour or two, I began to feel even worse.” The rehabilitation center staff rushed Vitaly to a hospital, where he was diagnosed with blood poisoning and lung abscess. The medical prognosis was dire; he was given four days to live. The hospital refused to treat him because they felt his situation was untreatable.

“A different hospital agreed to accept me only because a doctor from the church (Transformation Church) worked there. He insisted on having me treated,” Vitaly says. Due to his drug addiction, he’d lost a lot of weight over the previous months and now was too weak to fight for his life. Despite their best efforts, doctors eventually gave up and told Vitaly he had no hope for recovery. 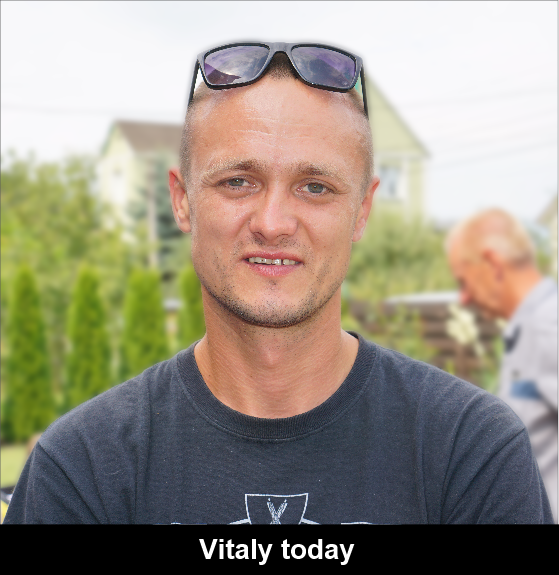 “I was discharged from the hospital to the rehabilitation center, where I was supposed to wait for death.”

However, death never came. Surrounded by prayer warriors, Vitaly began to recover day by day. The doctors could not explain how this was possible.

“God is a God of miracles. He is much stronger than death. I knew then that I was still alive only by His grace and love. A month later, I repented and was baptized,” Vitaly says.

Vitaly explains that God restored him completely and gave him a renewed purpose in life. Today, he serves at Transformation Church and helps at the rehabilitation center. He also landed a job and has made new friends—ones that mirror his beliefs and edify him instead of leading him astray.

“God has walked me down an arduous yet miraculous path and finally met me at the end to call me son,” Vitaly says, “He has given me a completely new life full of joy and happiness that can come from Him alone.”