Greetings! courageous pastors and volunteers in our network of partner churches throughout Ukraine are serving as unsung heroes of this war. Tens of thousands of lives have been touched by their concern and love for fellow Ukrainians whose lives have been upended by this horrific war.

Families who have been cut off from water, food, medicine, and other necessities are receiving a lifeline of support, thanks to these brothers and sisters in Christ…and you.

The following ministry testimony is from one of those unsung heroes in Southern Ukraine. Zhenia (Eugene) has not run from the war but embraced it as an opportunity to share God’s love with refugees, those living in dangerous regions, and soldiers on the front lines.

You and hundreds of Pastors and volunteers in Ukraine like Zhenia are working together – changing hearts, restoring hope, and saving lives during this crisis in Ukraine. Greetings! we are honored to have you along on this journey with us. 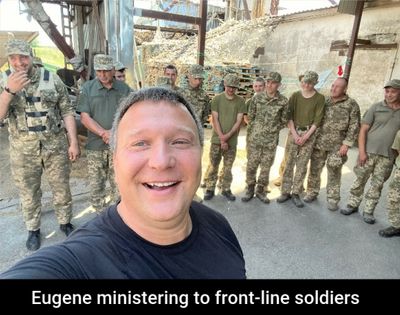 Dear HART!
It’s not easy to write about my ministry in the ‘occupied’ area of Ukraine. My city was invaded on the first day of the war on February 24.
Immediately, we found ourselves in a new reality, with a mixture of fear and uncertainty.

The first couple of weeks were the most extreme as we were constantly being bombed, and people were forced into bomb shelters to stay safe. For us as Christians, it was fearful too, but we knew where we could draw our hope and strength, from which is our glorious Lord Jesus. But what about the people around us – they need to be a part of this Hope too?

So we began to visit bomb shelters and meet people, encourage them, preach God’s World to them, sing with them and pray with and for them. One bomb shelter had six hundred people, including four hundred children.

And all of them were listening to the word from the Bible and were eager to listen to more. We saw as God works in their hearts and souls, we saw as the children begin to smile more, and we praise God for such tremendous opportunities even despite these terrible and dangerous circumstances. 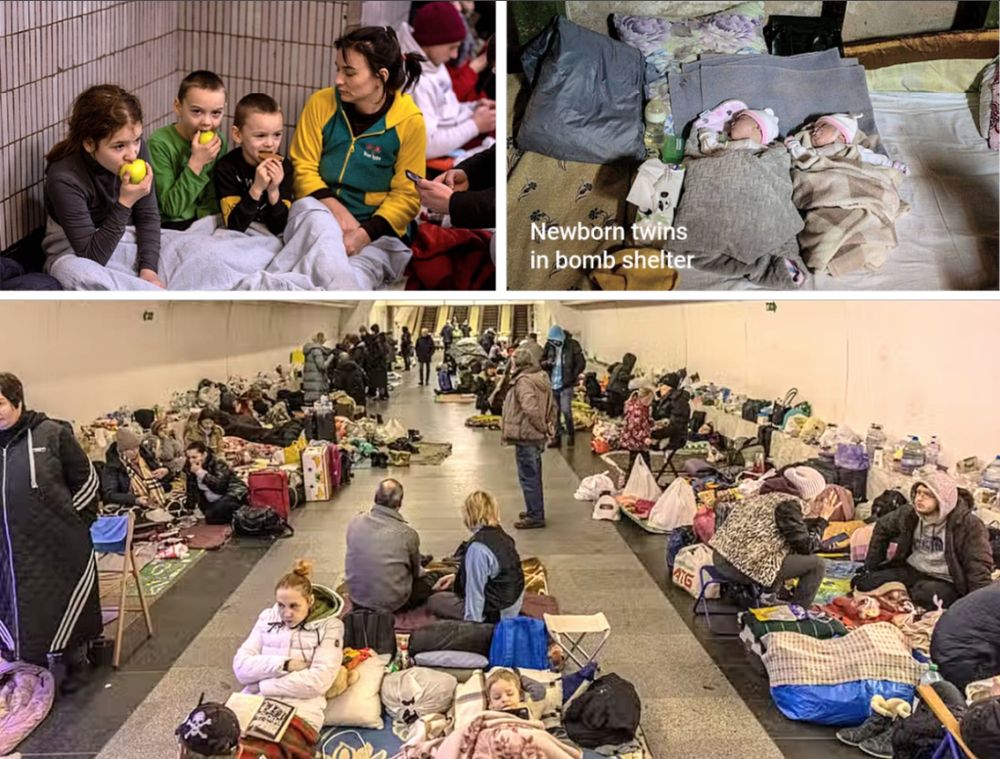 With God’s help and your assistance, we were able not only to feed the people spiritually but to buy bread for these people on a daily basis and bring some other food items for the adults and children. Thank you from all of us in Jesus’ name.

We are grateful for your prayers. We have been in situations when like the other day, we were evacuating children, and Russian soldiers began to shoot machine guns right at my car. And I am sure they missed only because of God’s mercy and your prayers – thank you so very much! Unfortunately, there was another car next to mine whose driver was killed, but we were able to drive away to safety. 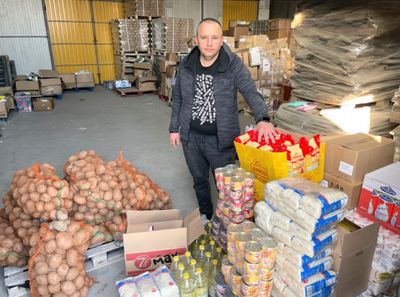 After the first several weeks of occupation, a shortage of food struck our city’s population, especially the people in nearby villages. So again, using HART funds, we began to build up storage warehouses like Joseph did and deliver food to nearby towns.

There were several extreme cases when we had to send our food by boat to people living across the Dnipr River. The Russian troops cut them off from all sides, so the river was the only way to deliver food to the starving people. We are grateful we did it together with you in God’s name. Thank you.

One day God brought seven little orphans to our home. The parents who had adopted them chose to abandon them and fled as the war began. When we found them all alone, we immediately brought them to our house and began to take care of them. Eventually, we found a safer place to send them and still pray for them and keep them in our hearts.

We know that these children will carry the love they received in our home throughout their lives, and our prayer is that the seeds God planted in their hearts during those weeks will grow and blossom. Letting the children leave was probably one of the hardest days in our lives but, at the same time, the most intense and blessed.

Thank you for sharing your blessings and supporting us during such a challenging time. We continue our ministry, and we ask you to please continue to pray and support us. Thank you so much, and we praise the Lord for you. In Christ’s name, Your brother Zhenia

The Ukraine war has stoked a global food crisis 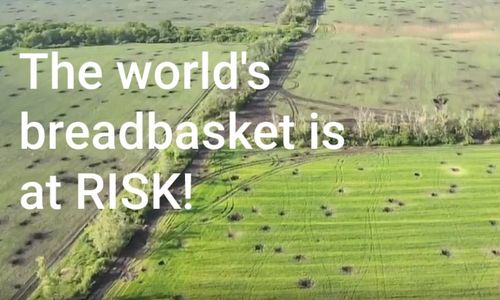