Greetings! Millions of children in Ukraine have suffered from more than eight months of relentless bombing and shelling, spending much time in basements or bomb shelters amid air raid alerts. They have endured lack of food and the destruction of their schools, been uprooted from their homes, separated from caregivers, and directly exposed to war.

According to current research, since February, when the invasion began, 75% of children are demonstrating symptoms of mood swings, increased anxiety, sleep disorders, poor appetite, impairment of attention, outbreaks of aggression, cessation of desire to communicate, nightmares, panic attacks, and even self-destructive behavior.

HART is committed to doing everything we can to continue meeting the needs of children affected by this war – by working with partners to reach vulnerable children and families with essential services – including food, health, education, protection, water, and life-saving supplies.

Additionally, one of our Ministry partners – the Ukrainian Evangelical Theological Seminary (UETS) in Kyiv, has launched a new two-year program in Children’s Counseling. As they put it, “The ultimate goal we pursue is to glorify our God through training and equipping Christian volunteers and church ministers who are directly involved in children’s ministry at their churches, day-care centers, families, and orphanages.”

This is undoubtedly a much-needed and vital ministry today.

Therefore, we ask you to pray about the children who are suffering and HART’s response to one of the most acute needs of today’s war-torn Ukraine – helping the Children of Ukraine.

TOGETHER we ARE changing hearts, restoring hope, and saving lives during this crisis in Ukraine. Thank you!

Give to Ukraine Crisis Relief 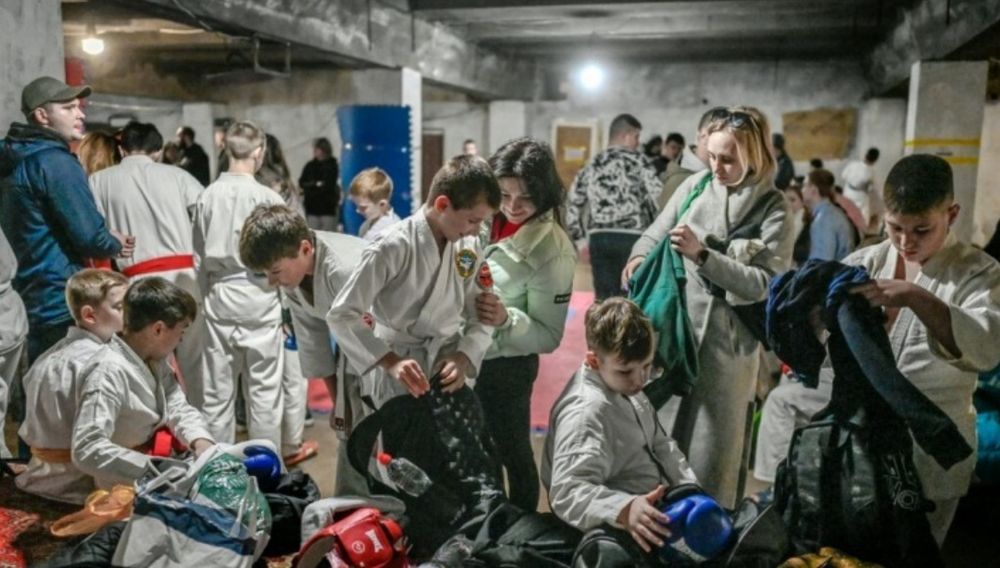 Young Ukrainian boys with their parents, prepare their equipment during a Judo competition organized in a nuclear bunker on October 22, 2022, amid the Russian invasion of Ukraine.

Schools and cinemas no longer function across Ukraine because of the Russian bombing threat. After several months people realized that something resembling normal life could resume down in the long-forgotten bunkers dotting the country since Soviet times.

In a bunker built in the 1960s to withstand the impact of a nuclear attack during the Cold war — a children’s sports competition is underway (picture above). A city in south Ukraine has transformed this bunker and similar underground dwellings into arenas and performance venues that gather hundreds for weekend events in a bid to give their children a semblance of normality.

Timothy Snyder: The Making of Modern Ukraine. Class 1: Ukrainian Questions Posed by Russian Invasion. This an extremely popular lecture series on the history of Ukraine. Enjoy! 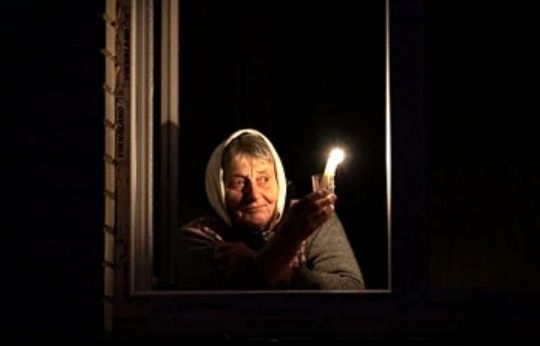 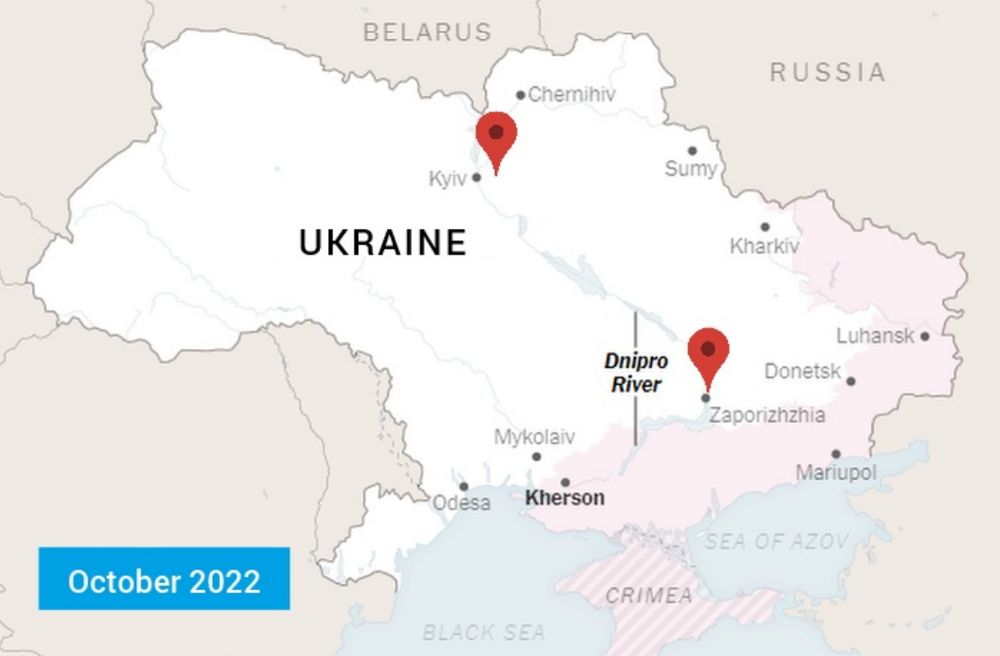 PEOPLE IN THE MIDDLE OF A WAR – by Brother Sasha 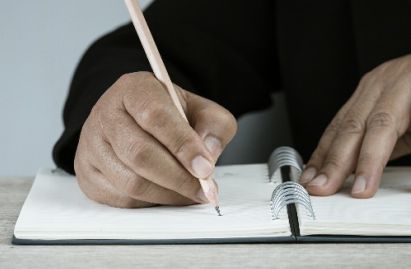 The following diary entries are from brother Sasha, a HART ministry partner originally from the Donetsk region of Ukraine, where the war is now at its fiercest. As Sasha and his team minister to those in the conflict areas, we have a unique opportunity, through this diary, to be introduced to people who, through no fault of their own, are caught up in a war and just trying to survive. The pain and suffering are real, but so is the incredible courage and compassion Ukrainian Christians display daily.

Dear Friends, I am sure you are already well informed about the tragic events taking place in Ukraine since February 24th of this year. Footage of the devastation and consequences of missile attacks circulates around the world, but there is another aspect of this war – the stories of ordinary people who suddenly find themselves in the middle of a war. Their experiences of these events and their path to God also deserve attention. Let’s meet some of these people… 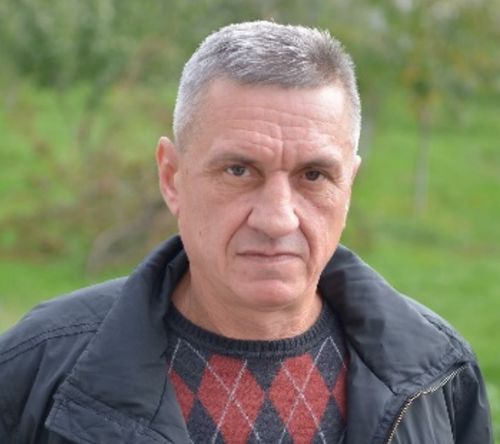 Alexander (54 years old) lived an ordinary life of a non-church person. Hardworking and quick-tempered, especially when he drinks. He was married at a young age, but family life did not work out. He ended up in prison, where he spent five years. I met him in the small town of Pereyaslav in the Kyiv region.

In recent years, he’s lived with his beloved woman without official registration of marriage in the Kharkiv region. He worked in a factory, and they had their own house. Everything seemed to be going well, but then the war came. Their village turned out to be right on the front lines, and soon, the factory where he worked was destroyed.

He did not want to leave the village and hoped that trouble would bypass him. But trouble arrived. One day at the beginning of summer, while on the main street of the village, a missile exploded, and a shell fragment hit his leg. Luckily, an ambulance was able to come, despite non-stop shelling, and he was evacuated to a hospital in Kharkiv.

He underwent surgery and spent several weeks of recovery in the hospital. During this time, his house was destroyed. He and his partner were left with the clothes they were wearing and two small bags of some modest belongings.

Where to go? Where to start a new life from scratch?

And here, the most interesting thing begins – remember that and Nadia are absolutely non-churched people. They had never been to church and did not know any Christians. But they remembered that someone once told them about Christians in Pereyaslav (a town near Kyiv) who take care of people in need. They boarded a train and left for
the unknown.

Now it’s time to introduce you to another character in this story – Pastor Igor. A refugee since the war in 2014, he came to Pereyaslav from the Lugansk region. The local church chose him to be their pastor.

There are 110 members in the church, and 50 of them are refugees. 27,000 people live in the city, and after February 24, 6,000 refugees were added to this community. The church is very active in serving people, and during the war, they’ve helped 12,000 people, both refugees, and local people, who lost their source of income due to the war.

Pastor Igor himself is going through difficult times – at the beginning of the war, they needed to have their 18 & 12-year-old daughters flee from danger. The girls are now in Germany, alone, without relatives, and it is still uncertain when they will return.

I have known pastor Igor for about 15 years. He is strict, orthodox in many ways, and rarely smiles—the right man.

People said about Christ:
The Son of Man has come, eating and drinking, and they say: here is a man who loves to eat and drink wine, a friend to tax collectors and sinners.

So, before the start of the war, such words were difficult to attribute to pastor Igor. Helping people, yes. Guiding people – yes, but being a friend of sinners – was not really Igor. You understand, Alexander’s lifestyle hardly fits into the canons of church rules. I was amazed when I found out that pastor Igor accepted Alexander and his “wife,” who is not his wife, and allowed them to live in a residential building at the church!

“Yes,” Igor says, “I keep telling them the truth, for example, that they should register their marriage and they are ready to do it soon, but these people need love and acceptance first of all, and if God gives His grace, then they will repent of their sins, make a public confession of faith and God will grant them salvation.”

Pastor Igor helped Alexander find a job and to restore his lost passport. Alexander helps with chores around the church. In this story, it is amazing to me how God brought these non-religious people to a church and how pastor Igor became a friend to Alexander, who even began to smile more. 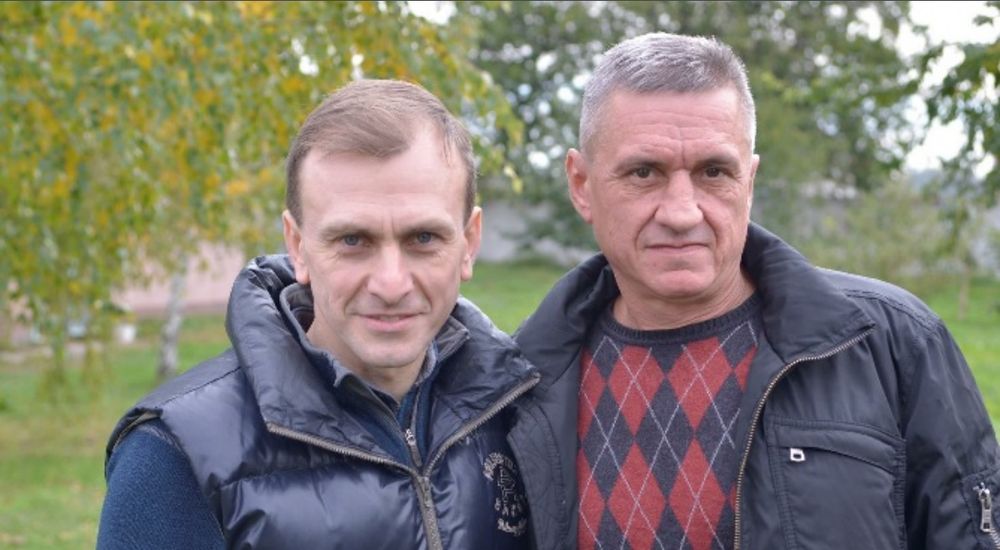 I am now in Zaporizhzhia. The city is under constant shelling by the Russian army. The shelling has become very intense in the last few weeks. The atmosphere in the city can be characterized as a heavy expectation.

None of the inhabitants of the city know where the next missile or projectile will hit, who will wake up alive, and who will not. We go into one of the courtyards of an apartment building and see our staff member Yuriy addressing a group of people right on the street.

Yuriy reads from the Bible and calls out to people – to reconcile with God. “Tonight may be the last for you, as the previous night was for those people a few hundred meters from your house.”

After the sermon, people received food parcels. It is interesting how the process of selecting people to provide food assistance is organized. This is how Yuriy does it. Let’s say there are 200 families living in apartments, and only 30 families can be helped. Yuriy asks the people to decide for themselves who needs help the most. And it works – without conflict or reproach, people choose the 30 most needy families. There is a spirit of mutual help and support for each other.

A few hundred meters from the meeting point with these people, we come to a nine-story building hit by a rocket three days ago at night. There is no entrance left. This is not a military facility but an ordinary residential building. The exact number of victims is not yet known, as debris removal is still ongoing.

My friend and our staff member Vadim lives in this area. Every night, missiles and shells are hitting this region. The nearest place where a missile landed was 200 meters from Vadim’s house. By the grace of God, Vadim and his wife Irina are alive and not injured. But they also have something else to worry about – their young son-in-law is fighting in the Ukrainian army. TO BE CONTINUED….

HART’s Child Sponsorship Program has been bringing hope to impoverished families and transforming lives in Ukraine for twenty years. Tens of thousands of families are now facing the worst winter of their lives. Countless desperate mothers – right now are praying for a sponsor for their children.

Note from a Mom: “Our family is grateful to you for your attention, compassion, and mercy. I cannot tell you how happy I am to know there are people in the world who care for others, especially nowadays during such dif icult times. We have been able to survive this crisis, which af ects everyone, more easily thanks to your constant support and the help of our Lord Jesus Christ.

Caseworker comment: Support is very important for every family now. Besides, it gives us as a church the opportunity to see those who are in the most dif icult situation and not only provide them with material things but also give them spiritual food for their souls and preach to them about the real Savior. May God protect you, give you strength and pour out His grace!

YOU can change the destiny of a child through this Sponsorship program. Please go to the Child Sponsor section of our website to see some of the children waiting for a sponsor. Click on any of the children below to take you there. 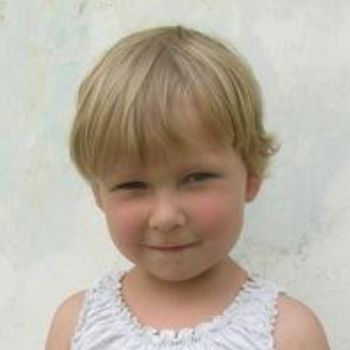 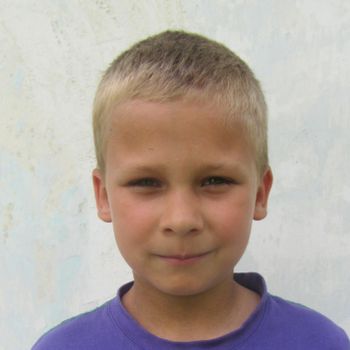 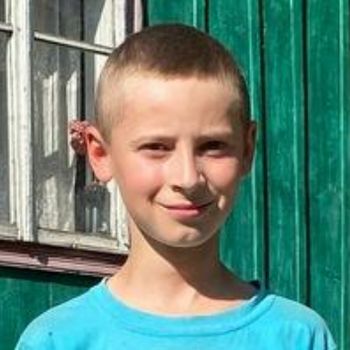 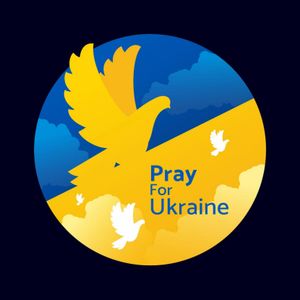 Here are specific prayer points that can help guide our prayers for the situation in Ukraine. Please share these with your friends and family: