FROM HOPELESSNESS TO HOPE – VOLODYMYR’S STORY 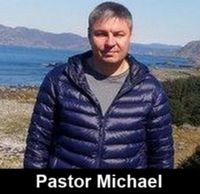 In the past several years, our city of Mariupol has seen a sharp rise in the number of refugees and homeless people on our streets. It’s because we are located only 100 km from the war zone, where fighting continues each day.

Our church has responded to this need by offering free meals to these unfortunate people struggling through difficult situations. Many people attend these meals each week. The volunteers from our church try to assist them and help them psychologically and spiritually.

You are also a part of this ministry, for if it weren’t for HART’s help, we wouldn’t be able to reach these people! May God bless you richly! 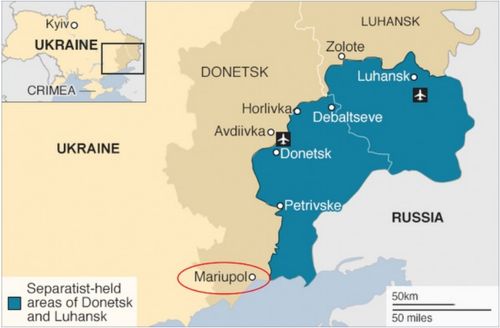 I want to share with you Volodymyr’s story: a young man who fled from the shooting and bombing in his home village and ended up on the streets in my city (Mariupol).

He is thirty-six years old; he and his wife were unbelievers with no children and were living near the war zone. Whenever bombings begin, everyone knows to get into their basement cellars for protection quickly. However, Volodymyr’s wife couldn’t get there soon enough on this day.

An artillery shell struck their home, and tragically she died, crushed under the rubble of their home.
Volodymyr was also seriously injured and required a lengthy hospital stay. When he completed treatment, he realized that he had no house to go back to, and what was even worse, no one alive to share his grief with.
He boarded a train headed to the city of Mariupol (see map.) 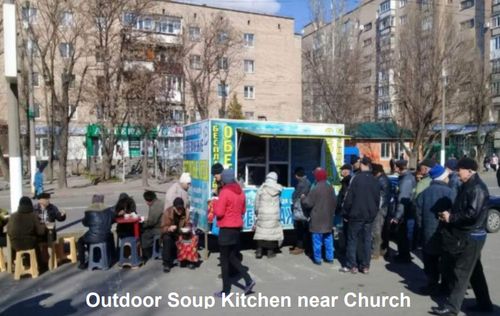 Once in the city, he found it extremely difficult to start a new life. A total lack of hope and motivation made Volodymyr bitter, disappointed, and … always drunk.

He was living in someone’s basement like a vagrant, and yet by profession, he was a nurse and wouldn’t have any trouble finding a job if he wanted to.

However, the personal loss of his wife and home became insurmountable obstacles to moving on. The memories and hatred poisoned his heart, soul, and mind.

One day he showed up for a free dinner near the church. The ministers preached about Jesus and prayed over those who attended this meal. When Volodymyr returned the next time, he asked them to pray for him. After learning about his situation, the pastors suggested that he needed to reconcile with God and forgive those who killed his wife.

It wasn’t easy – because Volodymyr couldn’t forget the terrible scenes of that day. But something inside was telling him it was the only way to experience peace.

Today, he remembers that life-changing dinner at church with gratitude: “In the past, I thought the most terrifying fear was to sit in the basement of your house as if paralysed, and just waiting and hoping that a missile would not hit your home. But now I realize that there is nothing worse than a life without Christ and no greater fear than the fear of hell.”

Starting from that day in the church, Volodymyr decided to accept Jesus and change his life. He found an inner power to forgive those who killed his wife. He also found a decent job, and after three months, even received a promotion.

Today, Volodymyr is a blessed brother who plays an important role in our church ministries and earnestly studies the Bible. God has changed and rebuilt his destroyed life so that he can now help others such as himself to recover from sorrow and the nightmares of the war in Eastern Ukraine.

This is another story celebrating what God is accomplishing in Eastern Europe through HART, along with your support and prayers. THANK YOU!

Pastor Michael (Mihail) is typical of the many pastors that HART (and you) support living near the war zones. His church, like many others, is genuinely a ‘refuge from the storm’ that has impacted millions of Ukrainians since Russia invaded and took Crimea and two Eastern states in 2014. Our National Church partners work tirelessly to share God’s love with countless people who have lost their homes or loved ones and are surrounded by despair and hopelessness, just like Volodymyr.

EPILOGUE: The above story was written just prior to Russia’s Feb 24, 2022, invasion. We are not certain of Pastor Michael’s whereabouts, but are trying to contact him to determine if he and his congregation were able to evacuate from Mariupol.

Give to Ukraine Crisis – Refugee Aid