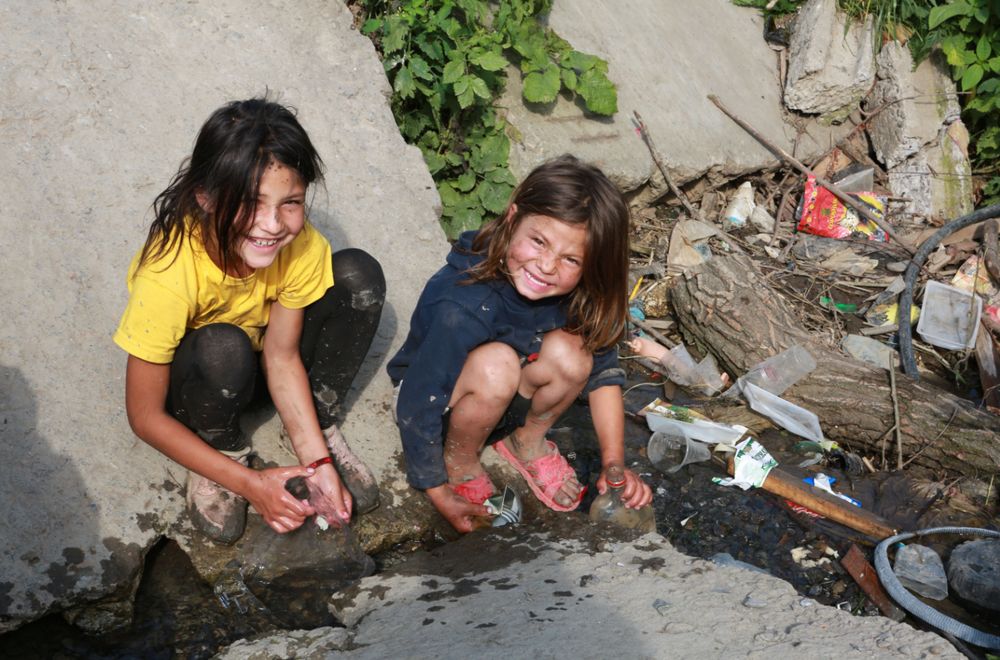 Water scarcity is something Gypsies in Ukraine face every day. Most villages still don’t have their own wells. Several years ago, HART was able to answer the call for help from Gypsy pastor Ruslan, who desperately needed one for his village. They had no finances, but they did have the manpower to do the work. Thanks to HART supporters, the first one of many was completed. Pastor Ruslan recently shared with us a tragic story which occurred in a village still without a well – and what he did about it. 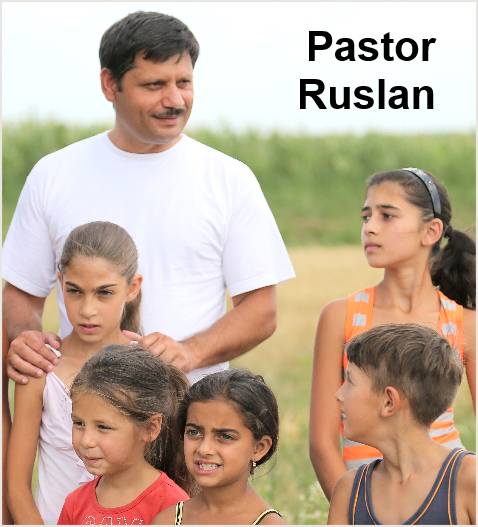 Pastor Ruslan had just finished supper with his family and turned on the television to catch up on the local news. The leading news story involved a Gypsy family in a nearby village.

Tragically, it was announced that the parents of seven children had lost their youngest daughter, Nadiya, to poisoning as a result of drinking contaminated water.

Ruslan listened intensely to the details of the story. A few days earlier, on an especially hot, dry summer day, Nadiya, who’d been playing outside for hours with other children, came home exhausted and thirsty. She asked her mother for some water but was told there wasn’t any left. The family of nine had already used up the water they carried from a neighboring village that morning.

Even though Nadiya was in now in tears, she was sent outside to go back and play with her friends. Several hours later, when she came home again, her parents realized Nadiya was dizzy and ill. She soon became nauseous, developed a fever, and started to lose consciousness. Her parents immediately had her taken to a local hospital.

Only later were they able to piece together the events that led to her illness. After being sent outside to play, Nadiya wandered around the village crying and looking for water. Eventually, she came upon a little creek (like to one in the above picture). Desperately thirsty, she didn’t hesitate to start drinking from it. Unknown to her, this creek was a sewage channel, into which several Gypsy villages were dumping excrement and garbage.

At the hospital, the doctors fought for her life. However, the severity of the poisoning, combined with Nadiya’s weak immune system, was too much for her to handle, and two days later she passed away.

Pastor Ruslan was troubled by this story and deeply sorry for the family’s loss. He felt strongly that something had to be done about it. The next morning he called Vasyl, a fellow Gypsy pastor, who lived in Nadiya’s village and asked if he could set up a meeting with the parents.

“They were broken and sorrowful,” Ruslan says about their first meeting. “The mother was inebriated. I first thought this was just how she was dealing with her loss, but Vasyl explained that she’d been struggling with alcohol addiction for a long time.” In his conversation with the parents, Ruslan offered to help dig a water well in the village. With tears of gratitude, they immediately agreed.

The very next day, the Ruslan and Vasyl gathered a group of strong men from their churches, prayed over the project, and started digging the well.

They quickly realized how difficult it was going to be. A rainless season had dried the ground nearly to stone. After about seven meters, the crew became doubtful groundwater could be found in the area, but Pastor Ruslan insisted on digging deeper. At the 9th meter the exhausted men climbed out of the well, ready to give up.

Suddenly, one of the men stood up and boldly said, “If there is any water here, it is God who will provide it.” As he finished these words, he picked up a metal crowbar and threw it from the top of the hole straight down to its bottom. Immediately upon it hitting the ground, a trickle of clean water started to swell up from the ground, filling the bottom of the well (see below).

News of the miracle quickly spread through the village. Nadiya’s family started attending church and soon became Christians. Her mother quit drinking and is now trying her best to take care of her six remaining children. “That family is now one of our closest friends,” says Pastor Ruslan. “They were so thankful and touched by this act of compassion.”

Ruslan says the importance of clean water in Gypsy villages can’t be overstated, both physically (as evidenced by this tragic story) and spiritually. Gypsy people truly understand what it’s like to be thirsty, and also know how amazing it feels to have it quenched with clean, cool water. It’s an easy transition for pastors to introduce their people to Jesus’ message to the Samaritan woman, “whoever drinks of the water that I will give him shall never thirst.”

Gypsy pastors and churches are deeply grateful to HART and its supporters for providing funds for well-digging that literally saves lives and opens the door to the Gospel message among the Gypsy people. It’s also an opportunity for them to pay forward the blessing of freshwater given to them.

We are now completing our 10th well in this Gypsy region of Western Ukraine. Please continue to keep this LIFE-SAVING water well project in your prayers!

All the work HART accomplishes in the Gypsy communities is because of generous people like YOU. Thanks to all of you who are prayerfully and financially supporting these ministries.

Give to water wells