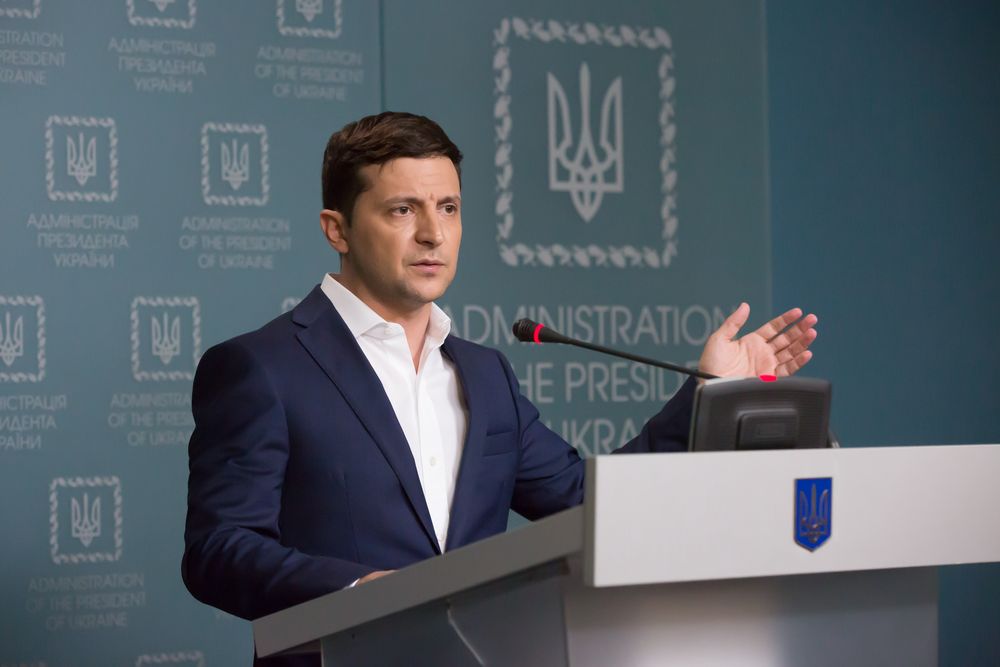 In the past several months, Ukraine and its new president, Volodymyr Zelensky, have been in the news frequently, primarily because of President Trump’s impeachment trial.

It’s not surprising that we’ve received calls and inquiries from many of you, both Canadians and Americans, about the new president. The following is a short summary of the events which led to his election as president.

In 2014, Ukrainians ousted their pro-Russian president Victor Yanukovych on the heels of a bloody, five-month-long riot. The new presidency signaled the end of domination by a pro-Putin puppet, but it didn’t bring improvements in living conditions or help curb a long legacy of corruption spanning back to the Soviet era.

THE WINDS OF CHANGE 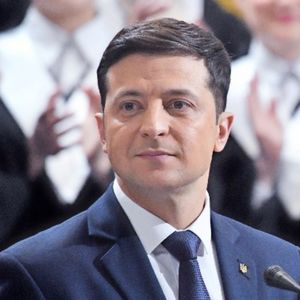 2019 ushered in a new era of hope for Ukraine. Last spring, a Ukrainian TV personality (actor-comedian-lawyer), who played the role of an accidental president on a wildly popular television series, entered the political arena with an anti-corruption platform and was elected to be the actual president of Ukraine. It’s interesting to note that the TV program and his political party share the same name: “Servant of the People.”

President Volodymyr Zelensky’s election was a victory of the people, and for the people, against all the previous corrupt regimes over the past 29 years. The promise of a fair and open Ukrainian society resonated with the electorate, who gave the new president a majority in parliament — the first time this has happened since Ukraine’s independence in 1991.

At the inaugural meeting of his new cabinet and members of parliament, Zelensky implored his new government them not to put up his picture in their offices. Instead, he suggested they put up pictures of their own children, because as he put it, “Every decision you make from here on in will impact your children and their future.”

As President Zelensky tackles corruption under his new administration, the people of Ukraine hope and pray that the winds of change are finally blowing across their country. 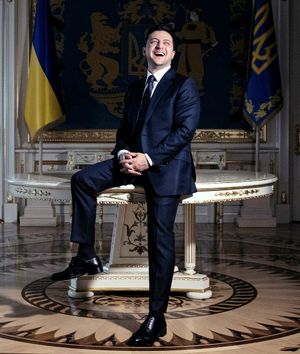 Their desire is that he will be successful in transforming Ukraine into a normal European country with opportunities for all its citizens, especially its young people. In the past couple of years, it’s estimated that 2—3 million young people have fled Ukraine for employment in neighbouring countries.

From our perspective, here is a positive take on the new President. Prior to recent negotiations with Russia regarding the war in Eastern Ukraine, President Zelensky invited the leaders of the Orthodox, Catholic, and Evangelical Churches to a meeting, with the express purpose of imploring them and their churches across Ukraine to provide him with prayer support for the upcoming meetings. He humbly acknowledged he would not be capable of negotiating with Russia’s President Putin, without God’s help.

Despite all the positive changes Volodymyr  Zelensky has achieved already, most people are under no illusions that routing out Ukraine’s entrenched, systemic corruption will be easy. It will be a long, arduous process and possibly even a dangerous one for this young President.

I hope this has been helpful in understanding the current situation in Ukraine. One thing I do know, is the importance of keeping President Zelensky in your prayers, as well as his administration and HART’S 200+ partners in Ukraine, who along with YOU, are working together, to change this part of the world – one heart at a time!