HART’S Story: Meet the Founder – Q & A with Lloyd Cenaiko 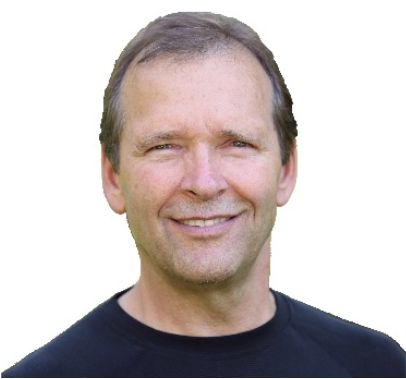 In 1994, I transitioned from commercial real estate development to relief aid work. I couldn’t have been further out of my comfort zone! 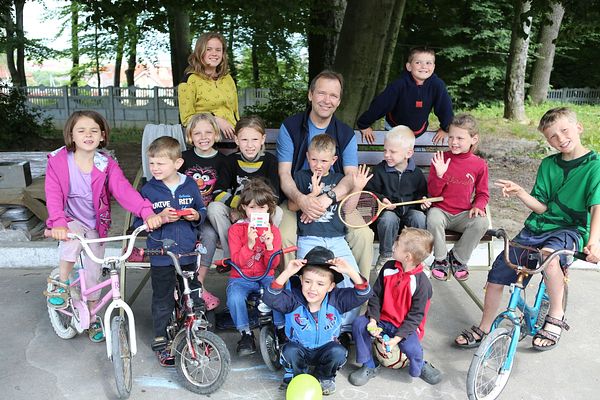 For twenty years, HART has been focused on empowering and equipping National churches in Eastern Europe. HART’s model is working through partnerships, incorporating a holistic approach to missions and relief aid, and is impacting thousands of people each year.
What’s your background?
A: I grew up in small-town Saskatchewan, Canada, received degrees (B.Sc. and B.Ed.) from the University of Saskatchewan in Saskatoon and taught school for several years. Although I loved the kids and teaching, my entrepreneurial spirit was more inclined to flourish in the business world. The next 14 years of my life were spent as a business owner and real estate developer in Canada and the USA.
What was the genesis of HART and your work in Eastern Europe?
A: It began in 1994 when I accompanied my parents on a trip to Ukraine. My father wanted to visit the village where he was born and meet our Ukrainian relatives. I have always been a history buff, and I thought this would be an interesting time to travel to Eastern Europe. Communism had imploded in 1991. Ukraine was now an independent country, and I’d always been curious about my ancestral roots. My grandfather’s life was a fascinating and difficult story culminating in him bringing his family (including my father) to Canada in the late 1920s. He left a brother and sister in Ukraine, and it was the descendants of these relatives we were to meet. I was eager to hear their stories about life under communism and now independence.
What were your impressions of Ukraine?
A: Throughout the trip, I found myself astonished and deeply troubled by the poverty and despair I witnessed. Often through tears hidden behind a camera, I captured the harshness of life in rural Ukraine while visiting our relatives’ villages. And yet, despite their poverty, they were the most gracious, kind, and generous people. In stunningly short order, I came to the realization that I had won the lottery – to have been born and raised in Canada. And I’d not done anything to deserve it.
What happened next?
A: As I flew back to Canada, I knew that I needed to do something or be a part of something that would help the people of Ukraine. Although I didn’t know what that looked like, I felt I had an obligation, perhaps born out of my newfound gratitude, to try and make a difference in this part of the world.
What did this process look like?
A: I experienced one of those “fork in the road” decisions. I could choose to continue my real estate career and live a comfortable upper-middle-class life. Or alternatively, go off on a journey into completely uncharted waters doing relief aid and development work, something I had virtually no experience in. I couldn’t have been further out of my comfort zone! But I somehow felt this is where I needed to be. So, in 1994-1995 I transitioned from the corporate world to the relief aid world.
So, how was HART born?
A: Well, my initial goal was to try and effect change by assisting relief agencies already working in Ukraine. However, I was struck by the inefficiencies and duplication of services in the relief and missions world in the early 1990s. I also sensed a great deal of frustration on the part of the Nationals as they had to endure paternalistic and demanding agencies from the West. I felt strongly there had to be a better model, a more practical and effective way of doing things. This goal, combined with an awful lot of research and prayer, ultimately convinced me to start HART, which was incorporated in Canada (1996) and in the USA (1998).
Your model involves resourcing Nationals and their ministries/projects in Eastern Europe. How did you come up with this strategy?
A: That’s a great question and an easy one to answer. Prompted by my total lack of experience, I focused on what I thought was a reasonable question to query basically every Christian leader I met. “How can we in the West practically and effectively help you change the hearts and minds of your people (spiritual) and look after widows and orphans (physical)?” Their answer to this one question has been our ‘compass’ for the past 20+ years. In other words, our prime focus became what the Nationals were telling us they needed.
Your model also involves partnerships with Nationals. Why is this the case?
A: Firstly, because it’s the most cost-effective way to do missions and relief aid in the world today. Secondly, if the locals are not going to champion a cause, we from the West are simply wasting our money and our time. Inevitably, as soon as we leave or stop the money supply, these projects will fall apart. Sustainability only occurs when the locals buy into and take ownership of the projects.
What does the future hold for HART? Where do you see HART going?
A: When we started HART in 1996, my goal was for HART to work itself out of a job! We viewed our ministry as a bridge between the ‘Fall of Communism’ and the time when the local churches would become self-sufficient. I felt if we were doing our job properly, there wouldn’t be a need for HART in the long term. Due to the circumstances facing this beleaguered nation, it doesn’t appear that goal will be realized in the short term; however, it is still a long-term goal that we hope and pray is achievable.
What do you enjoy the most about HART's work?
A: Without question, it is seeing the thousands of lives transformed every year for time and eternity. And the fact that we played even a small role in this transformation is a privilege and an honour. What I also love about HART is the opportunity it gives North American individuals, families, small groups, and churches to make a meaningful difference in the world by changing the destiny or life trajectory of one child or one family.

Together, we CAN change the world!

Tell us about your family?
A: In the summer of 1996, I attended an outdoor lake baptism in the city of Lviv. I was delighted to have an opportunity to capture a number of great pictures during this wonderful ceremony.

My intention was to gift the pictures to those I’d taken shots of. Very few people in Ukraine back then had decent, let alone good-quality, cameras, so I knew they’d be greatly appreciated.

I had taken an especially good picture of one young lady just coming out of the waters of baptism. The look on her face was one of pure joy and exhilaration. It took me about a year to eventually find her and present her with the picture. Long story…short – six years later were married!

Ulyana and I were married in 2002, and God blessed us with three amazing children.