NOW – please go and bid on it!

Lewis has been a tremendous blessing for HART’s auctions over the past 17 years.
Typically, his paintings have sold for as high as $6,000 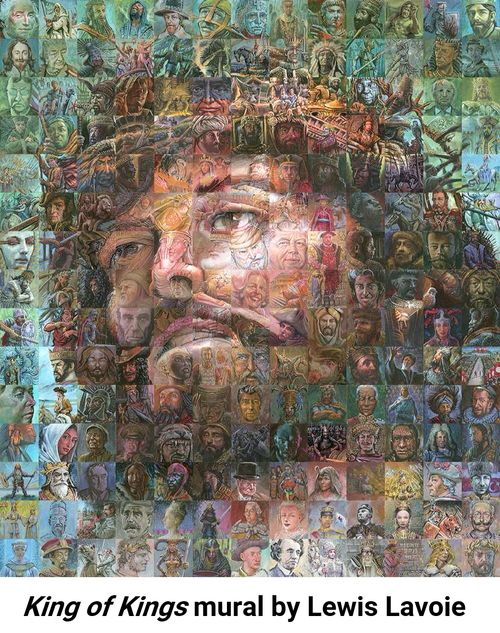 Lewis Lavoie is a visual artist from St. Albert, Alberta, Canada. Lewis is the inventor of the unique Mural Mosaic concept of uniting hundreds of artists together through their artwork into one unified image.

Lavoie is also a renowned children’s illustrator. He has gained international attention for his live performance art creations which he has showcased in front of crowds of thousands.

He has been commissioned to paint for Queen Elizabeth II, Prime Minister Stephen Harper, Premier Ralph Klein and the lieutenant Governor General Normie Kwong. Lavoie has also been commissioned by such personalities as Dan Aykroyd and Mike Myers.

Through his works, Lewis has helped raise over half a million dollars for various organizations throughout Canada. This year, Lewis was the recipient of a ‘Lifetime Achievement in the Arts’ Award from the City of St. Albert.

Lewis is here on the heels of his cross-Canada, 150-mural tour where he created murals in over 110 communities. He continues designing murals for communities and schools and performing at events and organizations such as HART, where his paintings have been auctioned for up to $27,000 recently.