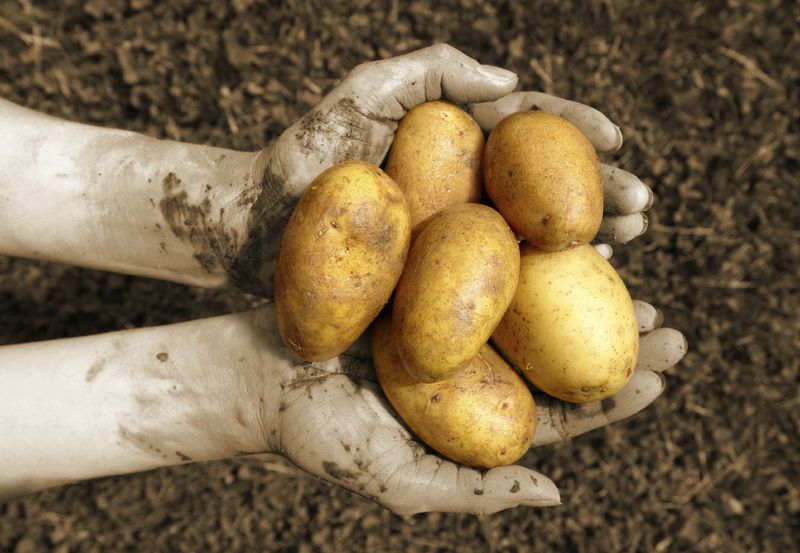 “Father’s House” had been going through some difficult times. Our safe home for street children was completely out of food and we had no funds to purchase more. Our Christian staff brought food from their own homes, but soon it too was used up.

I was desperate. Then, as I was praying and asking God for help, I got the idea to travel to my parent’s village and ask them for at least four bags of potatoes.

It was late spring and all the people had already planted their gardens. As is typical, they now had only enough food to last until the new harvest.

I arrived at my parent’s house to discover they were only able to give me two bags, out of the four they had left. I was grateful, however disappointed also, because two bags of potatoes would not solve our problem.
I went for a walk through the village and met up with the pastor of a local church.

He asked me why I was so despondent, and I explained to him our situation. He encouraged me and challenged me to wait until morning to see what God could do.

He promised to mention our conversation to his congregation at their church service that evening.

Well, the next morning, starting at six AM crowds of people gathered near my parent’s home…all bringing potatoes for my street kids. Some brought little bags of potatoes, others brought buckets, boxes and some, whole bags. By nine o’clock I counted twenty-four bags of potatoes! It was a miracle from God!

Now I faced another problem. How was I going to transport all these potatoes to “Father’s House,” 360 km away?

Just then a neighbour came up to me and asked about the potatoes. When he learned they were for orphans and street kids, he said he was planning to leave for Kyiv in 30 minutes and just happened to have an empty truck. He volunteered to bring all the potatoes to “Father’s House” for free.
For me this was God’s second miracle of the day.

Just as we loaded the last bag of potatoes on the truck, an old 92 yr old widow walked up to me, carrying six potatoes in her hands. She said, “Son, I’m sorry, I wish I had more to give, but all I have is twelve potatoes. I left six for myself and I am bringing these six for your children.”

I tried to refuse her gift, thinking that instead of four bags of potatoes I now had twenty-four and have no right to ask this lady to sacrifice so much of her own food supply.
Her reaction surprised me. She informed me in a very stern tone of voice, “I am not giving these potatoes to you–but to Jesus, and you have no right to prevent me from getting my reward from God. So take these potatoes and give them to Jesus.”

I was humbled and in awe. For the rest of the trip to Kyiv, I carried her potatoes separately from all the others. I realized they were the most expensive potatoes I have ever held in my hands.

I was reminded of the Bible story of the widow’s mite. What she sacrificed was for her daily living and Jesus commended her for her generosity. However, this old lady sacrificed a week’s food, as she was surviving on one potato per day.

Several hours later, when we returned to Kyiv, I gathered all the children, and shared this story with them. We cooked the widow’s six potatoes, divided them into slices and ate them.

By the end of the day not one of the thirty-six children or four adults at the Father’s House went back to the kitchen for food, even once. Not because there wasn’t anything there to eat, but because somehow our appetites had been quenched for an entire day! It was another of God’s miracles.

The next day my mother called and asked if I remembered the old widow who was the last to bring potatoes for the kids. “Of course,” I replied, “I will never forget her.”
My mother then informed me the widow died early that morning. Yesterday she gave six potatoes to Jesus and today she went to be with Him–to get her reward! 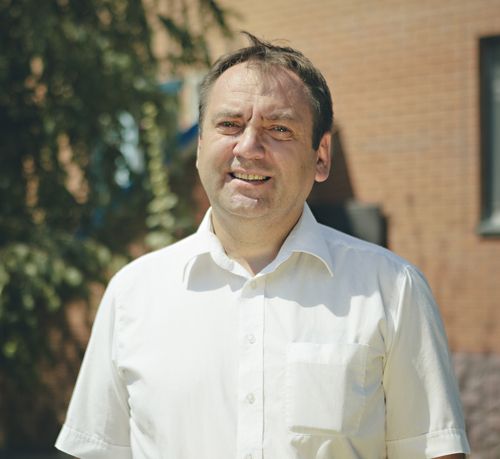 Roman Kornyko is the founder & director of Father’s House. This ministry is dedicated to saving and restoring the lives of street children in Ukraine’s capital city of Kyiv.