As the children from the shelter home listened attentively to the teachers at Beginning of Life ministries, Fannel showed little interest. Trips to the Ministry for art-therapy lessons are a regular occurrence for the children in the shelter home, but today was Fannel’s first time. To an outside viewer, he seemed hostile and rebellious—a frightened wolf pup, ready to attack at the first sign of danger. Unwilling—or unable—to connect. A brilliant, gifted soul shackled by a lifetime of scorn from everything and everyone in his world.

After the introductory lesson, the group headed to a workshop room where pieces made by children in previous art therapy lessons were on display.
“Who made this?” Fannel’s abrupt question interrupted the tour, causing everyone to turn their heads. The boy was staring at a masterfully sculpted ceramic hand on the exhibition table. Despite the interruption, a teacher attempted a patient, instructional response.
“It is beautiful, Fannel, isn’t it? Do you like it?” she asked.

A female assistant glanced at the teacher inquiringly. After receiving a slight nod from the teacher, the assistant disappeared to a storeroom and returned with all the materials Fannel would need for sculpting. Little did they know what this ball of clay could become in Fannel’s hands—or the reshaping Fannel himself would need as a result of all he had been through.

Many years ago, in a small village in the country of Moldova, Fannel was born. Raised by his mother and grandmother, he grew up without a father, or any normal sense of family. Fannel’s mother decided to go abroad for work, as the options to improve the family’s financial situation were slim. Staying in Moldova and trying to make ends meet didn’t guarantee a better future for her young boy.

A couple of years later, Fannel’s mother returned, but this time, she was not alone. She had married a man in Germany where she had been working. “Meet your new father, Fannel,” she said, introducing the stranger to her son. “From now on, you will live with us in Germany and we will be a real family.”

Moving to Germany was a turning point for Fannel. At last, he had a mom and a dad, a new home in a new country, friends, and tangible dreams for a future. He could imagine himself growing up, graduating from school, getting the best education, and a starting a successful career. No more poverty, hunger, or humiliation. His former life on the streets was a painful but, thankfully, distant memory.

Fannel’s new stepfather was kind, loving, and caring—at least, at first. After just a short while, the love faded, the kindness waned, and his treatment changed radically. The burden of fatherhood seemed too heavy for the new stepfather. He was irritated by Fannel—even jealous. He didn’t want to share his wife with the boy. He tried to convince his wife that it would have been better for Fannel to have stayed in Moldova with his grandmother. Eventually, Fannel’s mother couldn’t handle the pressure being placed on her and sent her son back to live with his grandmother.

It is far easier to tolerate poverty, miserable living conditions, and a hopeless future if you have never known differently. These conditions are unbearable, however, if you have had a taste of hope, or the promise of a good education and a successful career. As he returned to his village, the brightly coloured future Fannel had dreamed of was darkened by the impossibility of achieving it.

Shortly after returning to Moldova, Fannel’s grandmother died, leaving him to wander the streets and beg. Fannel began to steal food just to satisfy his hunger, which made him an easy target for the police. Soon, being detained became a routine for Fannel. It wasn’t a terrible result, as it provided him with shelter and warmth for one or two nights. Being that the police understood why he was stealing, they helped break a forming pattern of theft and prison by sending Fannel to a children’s shelter home in Chisinau.

The children’s shelter home where Fannel was sent cooperates with Beginning of Life, a HART partner in Moldova. It is a common practice for the shelter home to bring children to Beginning of Life for art-therapy lessons. The ministry’s directors and founders, Vlad and Yulia Ubeivolk, started the ministry to proclaim the God’s word in society through a variety of social and art projects.

Beginning of Life offers art classes for poor children, orphans, and children with disabilities, as well as Bible studies and programs for teenagers. Dozens of young people attend the Ubeivolk’s art and craft-making courses and learn about the life and love of Jesus as a result. It was this HART partner ministry that would soon re-ignite Fannel’s hopes and bring his dreams of education back to life.

THE “BEGINNING OF LIFE”
After receiving the materials he needed from the assistant, Fannel immediately set to work. As the rest of the children from the shelter continued their tour through the ministry, Fannel diligently molded his lump of wet clay. When the group returned an hour later, he had produced an exact copy of the ceramic hand that first drew his attention.

According to the ministry’s staff, it had taken the original artist a whole week to sculpt the original, yet Fannel had managed a replica in only an hour. This unique talent deserved the highest admiration. Fannel was summarily offered a free art course, as well as psychological assistance, by Beginning of Life.

“As he was going through both spiritual and psychological rehabilitation, he became more open and sociable,” said Yulia Ubeivolk, director of the ministry. “At some point, he trusted us enough to show his sketches and diaries.”

These, she said, further revealed Fannel’s singular talent as an artist. 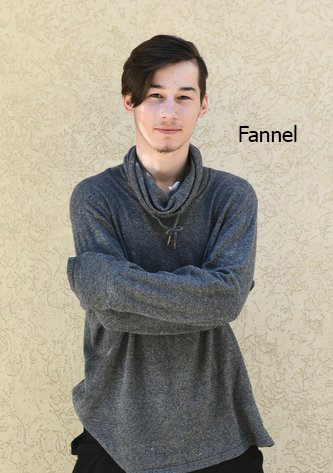 After a year of art therapy and spiritual counselling, Fannel completely transformed. No more the reticent boy he once was, Fannel had become a young man confidently dreaming of attending art college to become an artist.

However, he still had major hurdles to overcome. He did not have parents or relatives who could provide any assistance for him, nor did he have a job or other means of paying for his studies and the materials that they would require.

The teachers at the ministry couldn’t bear to watch Fannel’s fragile faith be shattered once again. On his behalf, Fannel’s teachers sent an application to the HART Education Fund, which helps more than 100 underprivileged youth in Eastern Europe (Moldova and Ukraine) obtain higher education each year. Fannel soon became one of the many young people with lives transformed by HART’s Education Fund.

Today, Fannel is a successful first-year graphic arts student at the Art College, where he is mastering his skills. He soon plans to enter the Art Academy as well. “I’ve always thought that I had no chances to do anything important or good,” he said. “I pictured my future in dull colours and couldn’t hope for any good changes in my life. I have never felt support and encouragement.

“Even when I was taken from the streets and later took part in Beginning of Life’s programs, I couldn’t imagine that I would ever in my life get an education,” said Fannel. “HART restored that hope!” 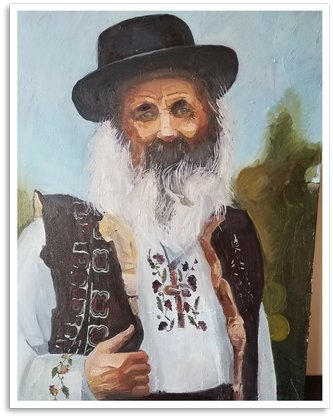 A Thank You from Fannel
The following heartfelt ‘thank-you’ letter received from Fannel goes to all of you in HART’s family who supported our Education Fund in 2018.

I don’t know you, dear sponsor, but your support is so tangible! Every time I think that somebody cares for me, my heart fills with joy and warmth!

I have never known what parents’ care means. I have never felt support and encouragement. After constant rejection and hopelessness, your support has a healing power in my life.

Thanks to your help, I can study graphics at the Art College and follow my dream. I am just in love with this profession!

Today, I am not afraid to dream big. Knowing that there are people who care for me, gives me determination to master my skills and do better every day. I wish you the richest of God’s blessings!

Education is a powerful tool to help families out of poverty.
Please consider investing in the lives of young people in Eastern Europe
by giving to the Education Scholarship Fund.

By supporting this fund, you are helping to raise a new generation of leaders for their churches, their communities, and their countries.

GIVE TO THE EDUCATION SCHOLARSHIP FUND